The path breaking invention of CRSPL led by Mr. Chakravarty made a sensation by introducing CURVO Ropeway, an innovating concept for the first time in the history of Aerial Ropeway, permitting the system to be considered as an alternative mode of Urban Commutation because of the fact, that the pioneering technology assumes an improvisation, whereby the overhead Ropeway, for once, can be made to follow a non-linear route along the urban roads.

Over time, Cities experienced gravitation of population towards them for economic reasons. Consequently, they grew at a rapid pace, and thus urban commutation posed critical problems for governance. Vehicular Transport, Metro Railways, and Monorail etc. brought relief to a large extent in Metros. Automobile services, in particular, provided tremendous benefit in connectivity, comfortable traveling and aiding public transport. But, it also lent to:-


However, with time, as road space became frozen, vehicular transport in the face of onslaught from the burgeoning metro populace, failed to shift gears efficiently enough to contain the commuter rush in the cities

Introduction of Metro Rails and Monorails as also construction of Flyovers could address the urban commutation conundrum in parts only, at the same time contributing to wide infrastructural displacement, adversely, too. Thus, pitifully, today, urban commutation is becoming a nightmarish challenge, not only for the hapless commuters, but also for the concerned Urban Development Department & its planners.

It was, therefore felt, that, we are parked at the crossroads calling for another seasonable innovation in Urban Commutation, which could favourably alleviate the daily grouse of Urban Commutation.

Anticipating such an exigency of modern times & rising to the occasion, CRSPL, internationally pioneering Ropeway Company under the able stewardship of Sri Shekhar Chakravarty, Managing Director, has been through years of astute research and meticulous engineering, invented a Ropeway System, which we aptly baptize as "A Revolution called CURVO ROPEWAY". 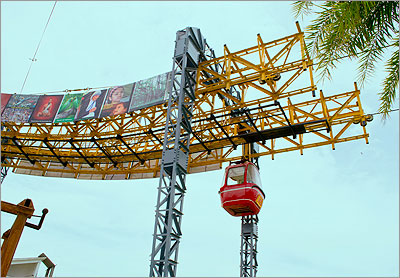 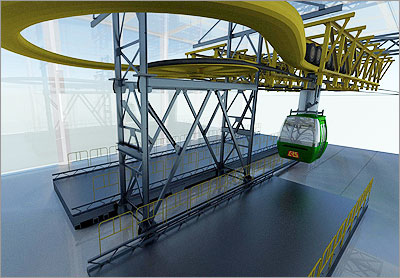 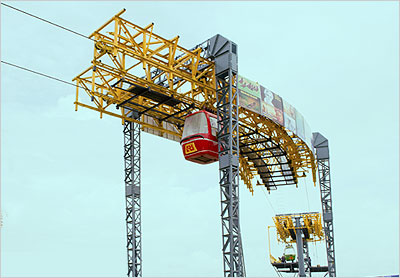